Voice in the Wilderness 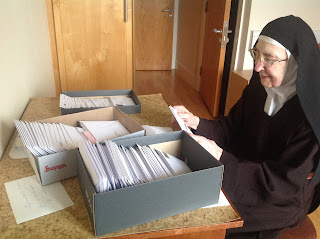 Once Advent comes, our annual Christmas mailing rolls into action! One of our Sisters has been doing trojan work for the past couple of weeks packing envelopes, and distributing them around to other Sisters in the Community who like to add a final personal word to the recipients. There are many people who hear from us by mail only once a year, and we like to bring them a message of hope and peace during this special season. Our world often seems like a “wilderness” as regards God’s presence. One has only to switch on any news bulletin to hear reports of wars, sickness, violence and natural disasters. It can sap the energy and lower the spirits of even a most positive person. Avoiding the public news is not the solution, however, as even in our personal lives and those close to us we see struggle and suffering. What is the answer to this? Advent gives us a hint with its focus on St John the Baptist, and he is the one we try to imitate in these weeks before Christmas. John was a “v
Post a Comment
Read more

Rabbi Hugo Gryn used to tell of his experience in    Auschwitz as a boy.   Food supplies were meager, and inmates took great care to preserve every scrap that came their way.   When the Festival of Hanukkah arrived- (a celebration known as “The Festival of Lights” which celebrates the rededication of the Holy Temple in Jerusalem after the victory of Judas Maccabeus over a Seleucid King who had tried to outlaw Judaism.)- Hugo’s father took a lump of margarine and, to the horror of the young Hugo, used it as fuel for the light to be lit at the festival.   When the young Hugo asked his father why he had wasted the very precious food, his father replied, “We know that it is possible to live for three weeks without food, but without HOPE it is impossible to live properly for three minutes.” Soon we will begin the beautiful season of Advent and here at the monastery we have the custom of lighting the candles on the Advent Wreath each evening in our chapel as part of our journey through A
Post a Comment
Read more

The life of Alfred Batzdorf 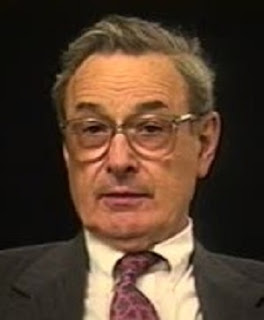 I heard recently that Alfred Batzdorf died on April 2nd 2022, at Santa Rosa, California, aged 100. Alfred was the husband of Edith Stein’s niece Susanne, now 101. Together they have done great work to promote holocaust awareness. In November 1988, the Batzdorffs’ began speaking publicly to churches, community groups and schools about their flight from Nazi Germany. Alfred, known as Al was born in February 1922 in Breslau, Germany. In 1994 he gave an oral history interview for the holocaust Memorial Project. He told of his experience on Kristallnacht November 9th-10th 1938, that terrible Night of Broken Glass, when synagogues and Jewish businesses were destroyed and over 30,000 Jewish men were arrested and sent to concentration camps. Al’s father who was a surgeon had already registered for emigration and was in Berlin that night. On the morning of 10th the storm troopers entered the Batzdorff’s apartment intending to arrest him but when they found he was away they took Alfred inst
Post a Comment
Read more

Do you remember the call? 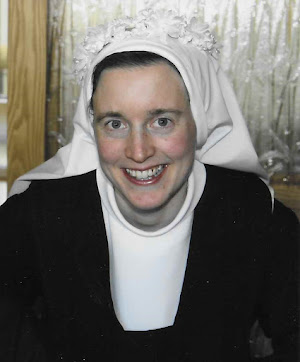 There’s a song I love written by an Ursuline nun in Cleveland called ‘In the name of Love’ which goes like this:  Do you remember the Call?  When did you hear your name out loud?  Can you remember the word that you heard when the story began in you?  Listen remember, catch glimpses of springtime  And roots sinking deep in the heart of our God  and you were carried.  Green and stretching to life in the name of Love.  The call to love – we can all relate to it. It’s the vocation of every human person on the face of the earth.  God is love and we were made for love and to give love.  Do you remember the Call ? Thats the oft repeated line of the song and it awakens in me a delight as I remember the call of God in my own life and in the lives of the other sisters I live with.  Here is how one of them who in now in heaven describes her call:   “I’m so glad for you that you have fallen in love with God. So said a friend when she heard my news: at 47 I was entering an enclosed
Post a Comment
Read more 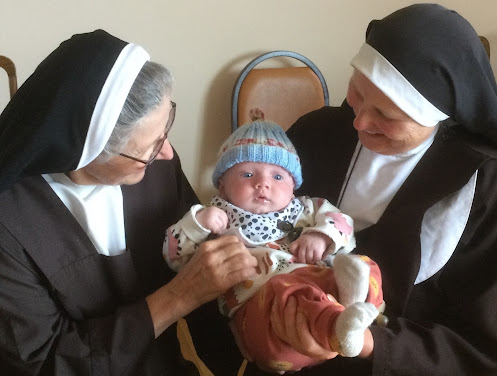 The photo shows two inexperienced sisters with a very trusting little visitor to our monastery.  This little boy trusts us while at the same time he keeps a watchful eye on the faces of his loving parents. What joy he brings to his family and to all of us. Your heart can’t but melt when you see him. Looking at this photo made me more aware of our responsibility to make our world a better place for him and the next generation. Sadly, at the moment we are failing in many areas. All around the world we are conscious of so much human suffering.  But one person who is calling us to look at our lives and make a difference is Pope Francis. He is the person who speaks often and calls us to a Revolutions of Tenderness. Yes, a Revolution of Tenderness! When I first read these words I wondered what the Pope could possibly be referring to. When I think of revolution I think of some violent events in history like the French Revolution.  When I looked up the meaning of Revolution, just to be sure, t
Post a Comment
Read more 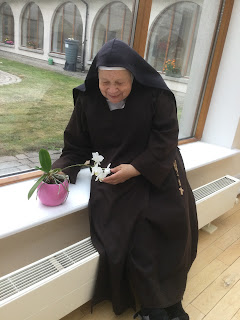 Have you marvelled at the vast expanse of ocean or the teeming forests of our beautiful planet home... Have you stood in breathless wonder before a stunning sunset or sunrise and were lost for words before the powerful thunder of the Niagara Falls...? But have you equally and even been more taken out of yourself by the miracle of your firstborn baby...as you counted ten tiny toes and fingers and kissed the perfection of every little toenail, nose and ears... Small is beautiful.... God thinks so too.    He always looks for the little ones to let his Glory shine through their poverty and humility...Isn’t that what he did for Mary, whose name means, Beloved by Yahweh ... and it was mostly to child seers that Mary has appeared on earth.   ‘Little Therese’ too could rejoice that ’God willed to let his Mercy shine out in me’... Small is beautiful in God’s eyes.   During the prolonged Covid lockdown what we missed most were the little things of life; the daily expressions of love a
Post a Comment
Read more 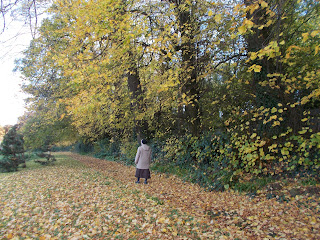 “O God, be gracious and bless us And let your face shed its light upon us”  We are beginning our annual Community Retreat at a time of year when nature also slows down! There are rapid and remarkable changes happening all around us, and we can learn much from creation during this retreat time. Here are some of my thoughts: As the leaves on the trees display a variety of colours, may we too realise the beauty and variety that is hidden “under the ordinary colour” of all the persons around us, and may we appreciate each one as he/she changes and develops. “With fairness you rule the peoples You guide the nations on earth”. The leaves are falling too. May we let go of old ways that are no longer helpful, and with trust and faith let God work in our lives until the time of new shoots and growth. "So will your ways be known upon earth And all nations learn your saving help." It is the season of harvest; apples and blackberries are abundant! May we give thanks for all
Post a Comment
Read more
More posts